Starting in 2003, the N-Strike line has set a couple milestones. One such accomplishment is simply how long the series has lasted. The next milestone being the number of special edition (clear, red, green, white) releases of select blasters within the line due to their extreme popularity. Many agree that the popularity of this line is because of the addition of interchangeable parts like stocks, barrels, sites and clips, that can be attached and interchanged between the most N-Strike blasters.Right now there are a couple series of nerf guns available from Hasbro. The N-Strike line has been around for a while, and has seen new releases such as the Raider CS-35, with even newer ones coming soon. New to Hasbro’s series of nerf guns is their Dart Tag line. The Dart Tag line is becoming increasingly popular with the advent of Hasbro’s Dart Tag World Championships.

The most recent thing to happen to this line, is the creation of the N-Strike Elite series. This series takes N-Strikes most popular blasters and gives them the V.I.P. treatment –improving range, function, and more.

The N-Strike line of blaster has been around since 2004. It’s most recent advancement is the Elite Series, which features upgraded versions of the most popular N-Strike blasters, as well as a load of new blasters. The Elite Series come in a blue-white styling, and offer longer range.

With 38 Blasters and counting, not only is it one of the biggest lines to-date, it also has the most customizability over any other series. With the introduction of attachable accessories such as stocks, sites, shields and more, never has a player been able to customize their blaster in so many ways. This series was the first to introduce attachments, which could offer such a level of customization.

Any blaster that has a stock mount and tactical rail can take (most) of the available accessories. 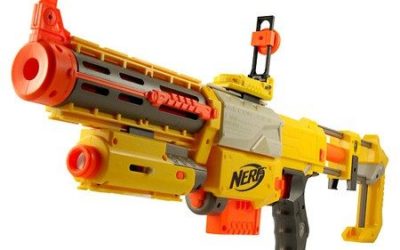 The Nerf N-Strike Recon CS-6 is a Nerf blaster that will allow even the most creative minds to be transformed to another time and place. It is created from five different interchangeable parts that allow the user to assemble and rearrange the blaster in any number of combinations. 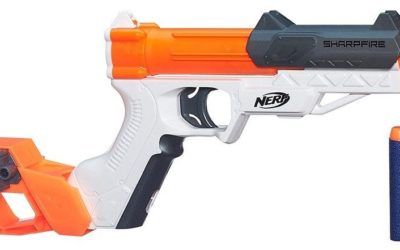 The latest entry in Nerf’s beloved N-Strike Elite family is a fun one - using the latest in elite dart technology, capable of firing up to 75 feet at targets, while the overall design rounds it off with a little flavor of nostalgia. The new SharpFire is quite the... 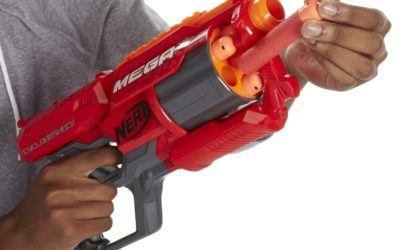 Imagine being engaged in a house-wide Nerf war. Your machine gun seems to become bulky as you round the tight corners of your house. I'm sure many of you have been shot by friends and family while trying to get your machine gun up and ready to fire. If you had a... 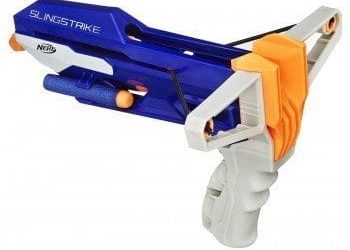 The Nerf N-Strike Elite SlingStrike is a new blaster gun that is set to be released by Hasbro in early 2015. The Elite SlingStrike has an ammo capacity of two Elite darts which are stored on the blaster's arms. Users will be able to load the string with a dart and... 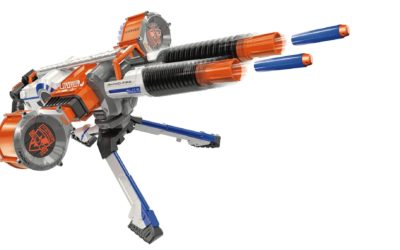 The NERF N-Strike Elite Rhino-Fire truly takes NERF weaponry to the next level. The high-end blaster is fully automatic, and sports two barrels mounted on a tripod that hold a max capacity of 50 darts. With a range of up to 90 feet, you can surely dominate any type of... 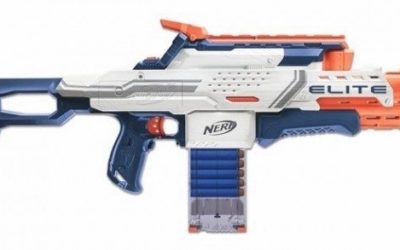 If you are looking for a large and effective dart gun, the Nerf N-Strike Elite Cam ECS-12 is exactly what you are looking for. This dart gun is going to pack all the punch and power you have been looking for, and as it is one of the best options from Nerf, it is going... 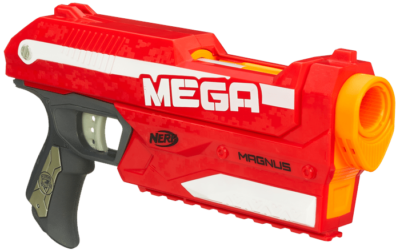 Nerf N-Strike Elite Magnus is the nerf blaster that kids love the best. It can fire the foam darts up to 85 feet away. As the darts fly they make a screeching sound that kids seem to enjoy. Many kids love the fact that the blaster can shoot as far as it can because it... 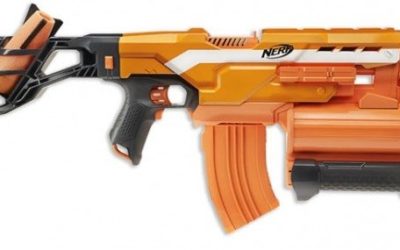 Nerf Caters the new Demolisher to rapid combat I love a good game of strategy and it appears that the people at Nerf do to. With their latest missile launching, rapid firing, long-range addition there is no doubt that the gamer was in the forefront of their minds.... 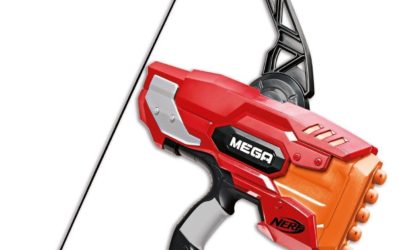 NERF is the world leader in fun, engaging and ultimately-safe, tactical play gear for children. The NERF N-Strike Elite Thunderbow is a prime example of this company's adaptable/customizable weaponry for carefree fantasy play. This string-action, ultralight blaster is... 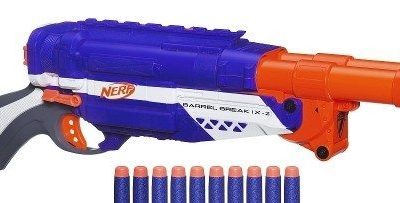 Like others in the Elite line, this is an upgraded version of a previous design, featuring a new blue and white paint job along with new Elite darts, nudging it into the upper-mid range of Hasbro's current line. As the name suggests, this blaster features a top-break...