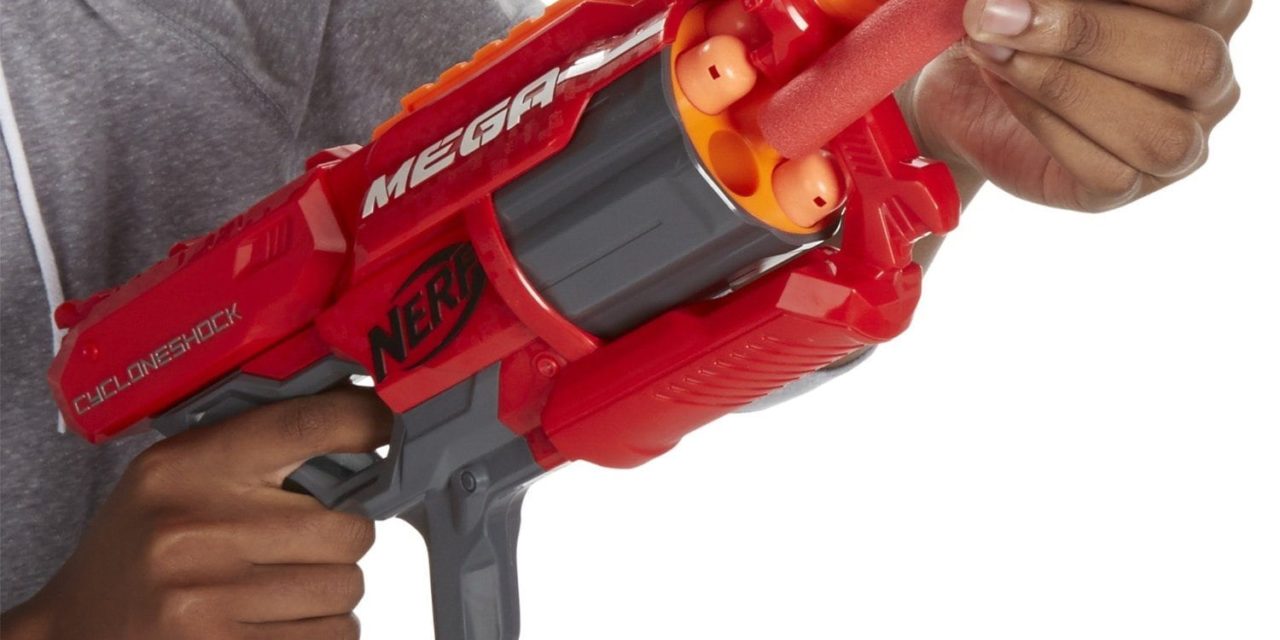 Imagine being engaged in a house-wide Nerf war. Your machine gun seems to become bulky as you round the tight corners of your house. I’m sure many of you have been shot by friends and family while trying to get your machine gun up and ready to fire. If you had a pistol, things might have been different. You could’ve easily rounded those corners, and shot your friends right in the forehead.

If you are looking for a pistol, a new option in 2015 is the Nerf Mega Cyclone shock. The Cyclone shock is part of the new Nerf Modulus. While Hasbro has tried to keep information on the Modulus from leaking out, the models available are slowly but surely leaking out to the public. The Nerf Mega Cylcone shock is said to be a Mega version of a gun that Nerf is currently producing, the Nerf Elite Strongarm.

The user must pump the Slam Fire side as they are holding the trigger in order to engage the rapid fire feature. The Cyclone shock is also said to have a rail system on the top side of the gun in order to allow customers to attach N-STRIKE accessories for further customization.