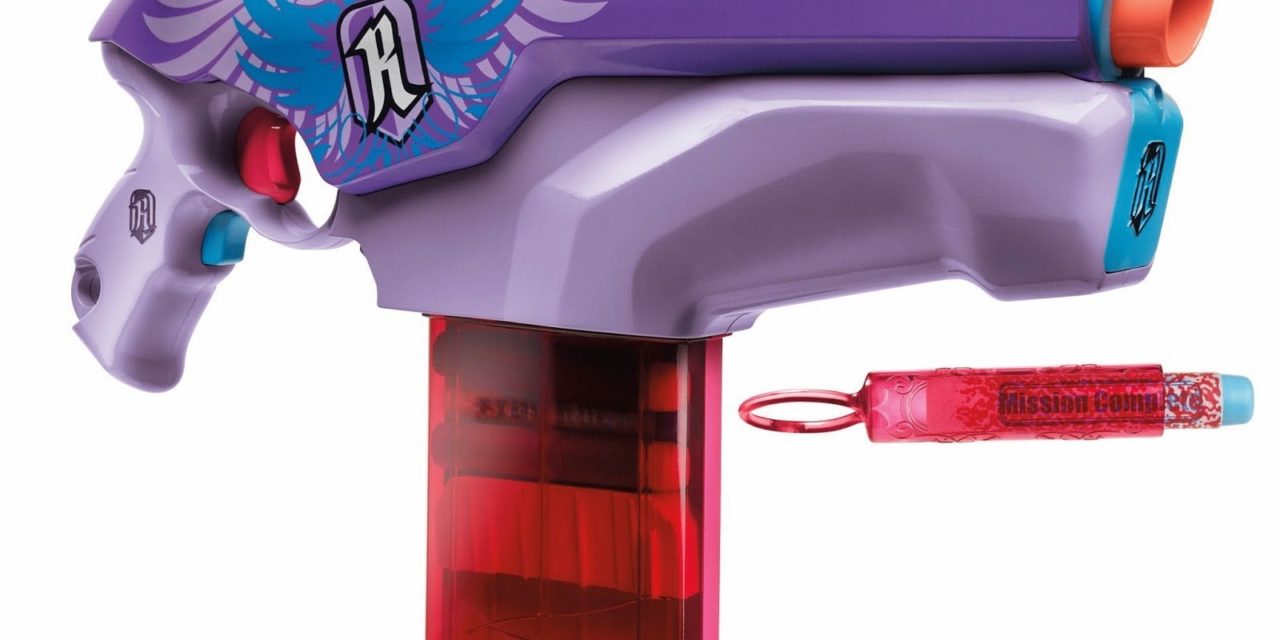 The Nerf Rebelle line of colorful, fun blasters for girls has an amazing new release coming up for this fall. The Rapid Red is being released under the series in the line named Secrets and Spies. This blaster is designed for girls ages of 8 years and older. It has several features that add to the line of Nerf Rebelle weapons, some of them never seen before in this line.

The Nerf Rebelle Rapid Red is a fun blaster. It has a motorized blaster system. It is single fire and considered semi-automatic and it is the first blaster in this line to be equipped with a clip system. The clip on the blaster hold 12 darts and doubles as a decoder for the secret message darts the comes with the gun. When the secret message darts are loaded in the clip, the secret is revealed through the special red plastic that the clip is made of.

This blaster can shoot up to 75 feet in distance with the usage of a flywheel. When the trigger is held until the flywheel is fully spinning at its maximum speed, the darts will shoot its full distance. It also has two strap points and and a tactical trail.

The Rapid Red is violet, lavender, teal and orange in color with a ruby red clip. To personalize blasters, many people paint them and add their own personal style to the gun. Though camouflage and the metal look is the most popular painting directions taken on Nerf guns, there is no limit to the look a blaster can take.