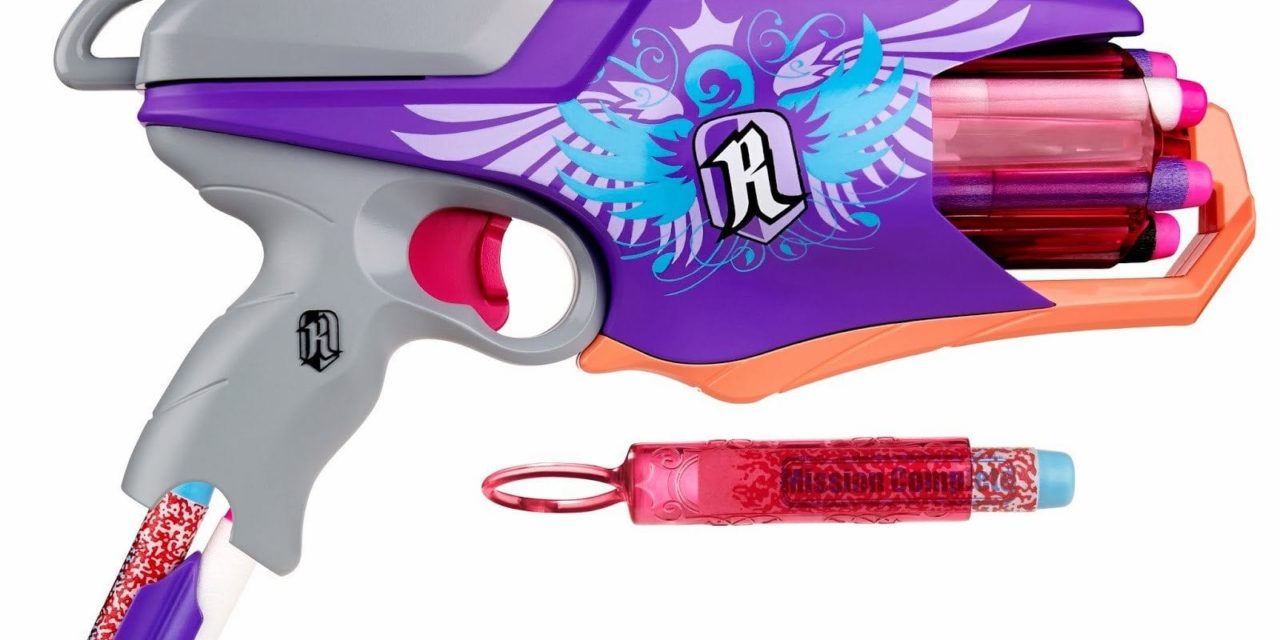 The Nerf Rebelle SpyLight is a model of blaster that falls solidly in the middle of the line when it comes to comparing price, range, capacity, and power. The SpyLight is a model of blaster that holds a respectable six shots per round of ammo. Its laser light sight to help aid in accuracy is a feature that many enjoy, and from which it takes its name.

The Rebelle SpyLight provides those engaging in epic Nerf battles with a reliable blaster to have on hand. It’s a light weight model that isn’t too bulky to carry around. It’s easy to transport, and easy to reload when all the rounds have been fired. Because of the spylight feature, it’s great for use in night time or dark setting battles.

Holding six shots per round, as mentioned, this is certainly a few steps above the more traditional pistol-styled blasters, which hold one or perhaps two shots per round. With the ability to fire a shot off every two seconds (although without the ‘automatic firing’ capacity that others hold) it’s pretty great for rapid fire battles. One area that it does fall short of other models by Nerf is in its range, reaching an average of 20-30 feet, whereas others of similar styles are able to reach upwards of 40 feet. The accuracy, according to many customers who have reviewed the item, also sometimes falls short of more “top shelf” models. However, while there are certainly higher quality items on the market, the Nerf Rebelle SpyLight does hold its own as a useful and respectable item.

With its shell holding a fun futuristic look, it’s certainly the kind of blaster that would make for a great addition to a sci-fi cosplay look. Those who want to really add an extra special touch to the costume/prop can paint their blaster with fun futuristic looks. Gold, silver, black, white, and even red would all make great paint-job options for creating a futuristic laser-gun look, given that it comes standard with the laser spylight feature built in!