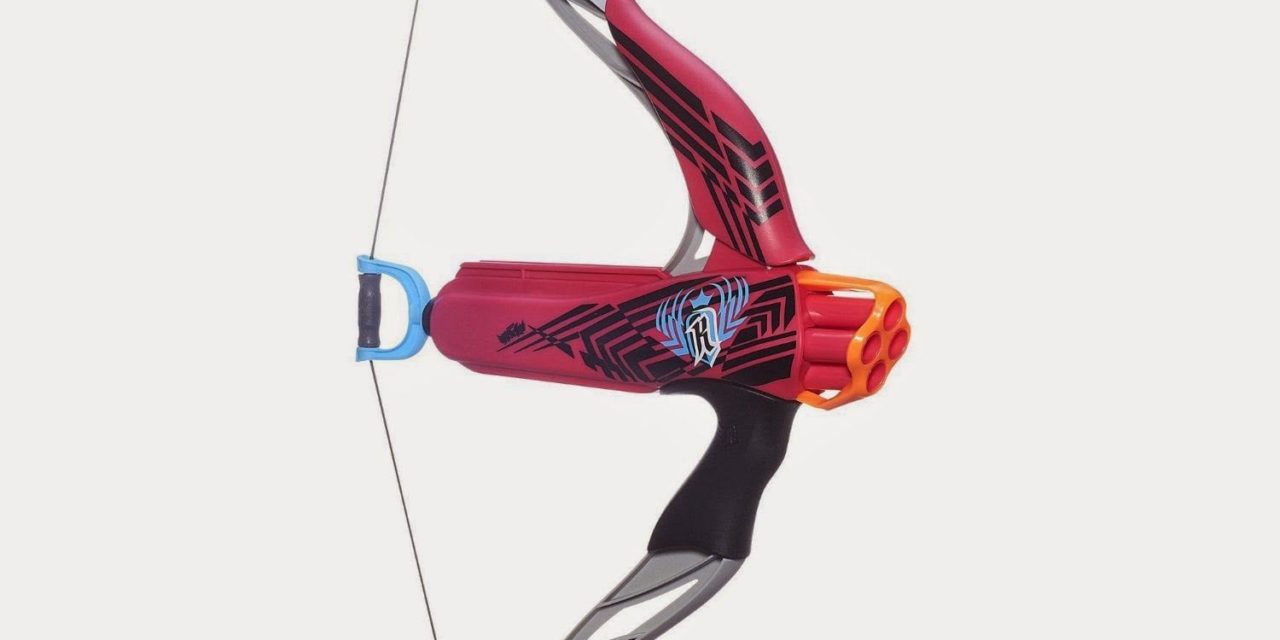 Communicate with your allies in style while showcasing your inner warrior with the anxiously-awaited Nerf Rebelle Strongheart Bow blaster! One of the new additions to this fledgling dart blaster series, the bow creating all the buzz can fire as many as four darts, one after the other, without reloading for more nonstop action!

The Strongheart comes with three collectible darts for combat missions, as well as one messenger dart and decoder designed to allow for the top-secret exchange of information in the midst of battle. Send the decoder out on a mission with your allies and you’ll always have a way to send out a message while also keeping a keen eye on the opponents.

And with the pull-back-and-release fire feature, you’re sure to stay right on target!

If you like the single-shot Nerf Heartbreaker, you’ll love this newer, more colorful and functional version, which is capable of sending darts soaring for a distance of up to 75 feet. This fashion-forward bow takes the fun a step further with its messenger-and-decoder feature and the greater firing ease. Its sleek design will show your rivals that weapons – and the heroes who wield them- can be both powerful and stylish.

Many Nerf-related web sources, like nerfipedia.wiki., have listed the release date for the Strongheart Bow for sometime in 2015. The shopping website, familienshopping24, listed a Spring 2015 release and a price of €29.99 (or about $37). And with the popularity of recent blockbusters such as the “Hunger Games” series, armies of Nerf lovers are impatiently awaiting the arrival of this hot new addition to the Rebelle dart blaster line.

Watch for the appearance of a more specific release date of the Nerf Rebelle Strongheart Bow blaster in the coming months, and be among the first to wow your adversaries and arm yourself with the most advanced design of bow from Nerf yet!