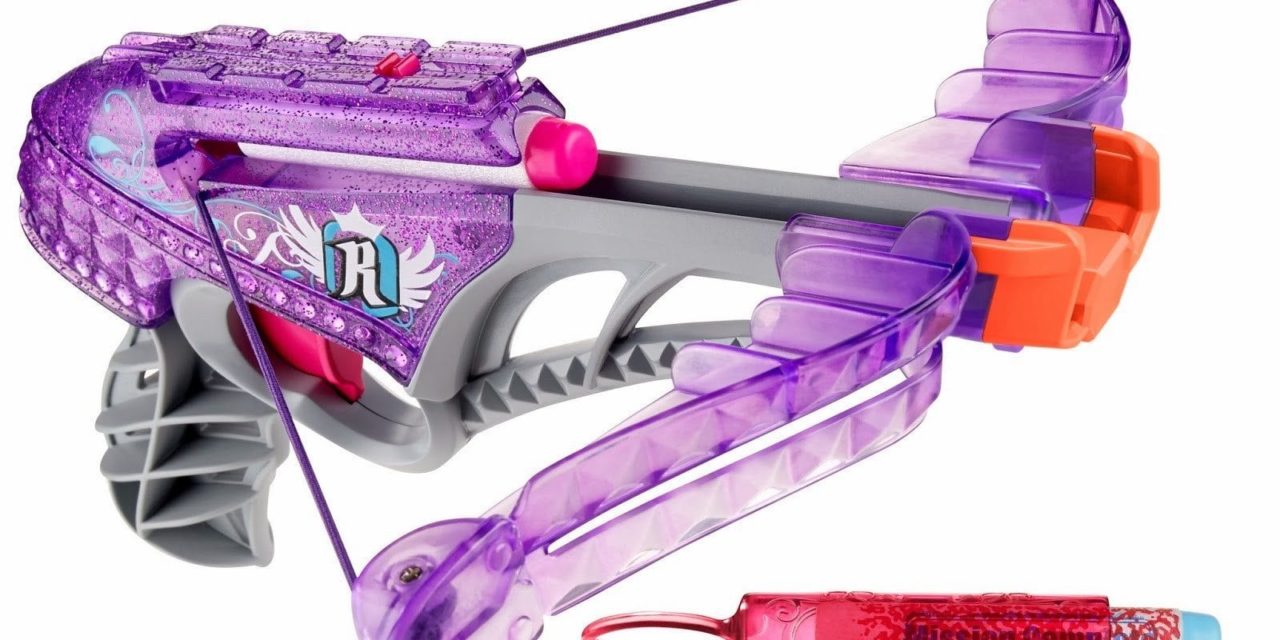 The NERF Rebelle Diamondista, part of the “Secrets and Spies” series, adds style and flair to the overwhelming NERF landscape. It’s a low-end, crossbow-like blaster, adorned with studs and glitter, that’s less about being intimidating and more about moving stealthily and looking good doing it. It features bow arms near the front of the dart gun, and a bow string which you pull back to release a single shot. Despite it’s miniature appearance, it boasts an impressive firing range of up to 75 feet! The blaster comes with 3 darts, including 2 “Secret Message” darts and a message decoder. For aspiring spies, look no further than the Diamondista to help you become the next James Bond.

Would-be secret agents have a lot of options these days when it comes to NERF weaponry. The Diamondista is similar to the Rebelle Star Shot, but whereas the Star Shot is about honing your ability with the provided targets and practicing your skills, the Diamondista is a better choice for the secret mission itself. That’s due to the “Secret Message” re-writable darts provided. These darts coordinate well with the other NERF weapons in the line, including the Rebelle Spylight and Rebelle Rapid Red, so when you’re sending covert information back and forth, you won’t all have to settle for the same blaster!

Although some NERF weapons are more about toughness and intimidation, the NERF Rebelle Diamondista is begging to be customized and accessorized. A bright, colorful paint scheme, combined with a personalized spy name stenciled on, can give you a unique secret agent look. If true stealth is your aim, go for an all-black look, possibly with a secret agent number or codeword painted on.

The Diamondista is the spy blaster that combines style and performance. When your enemy thinks they have the bigger, better firepower, you can use this dart gun to complete the mission undetected and look great doing it.