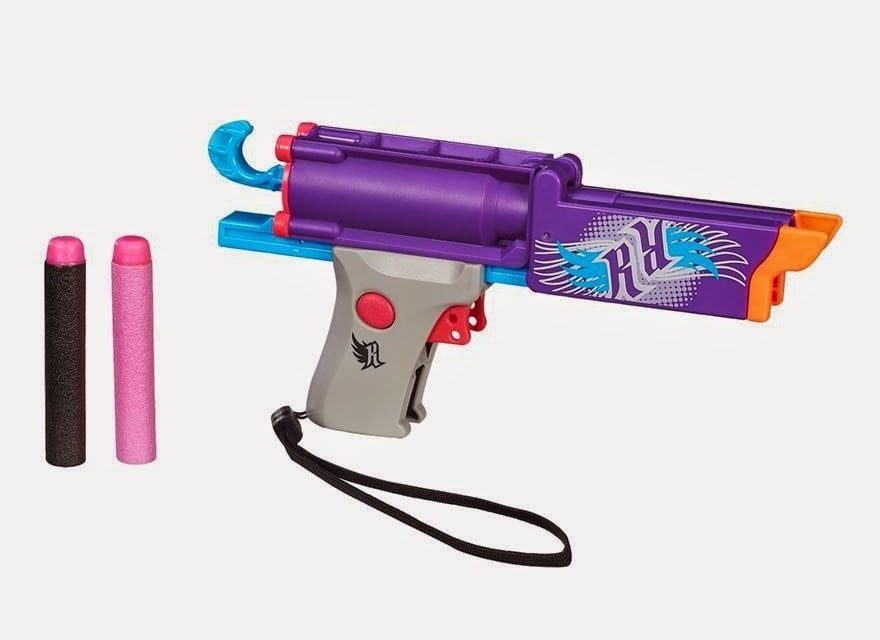 Ever have the urge to start a war? Not an actual war. A Nerf war. You’re just looking for a fun break in between class or work, or just a break from stress. But you don’t have the supplies on hand to have a Nerf war? Well, with the Nerf Rebelle Secrets and Spies Mini Mischief Blaster, your problem has been solved.

The Next Breakthrough in the Nerf Rebelle Line – Small Yet Powerful

This new addition to the Nerf family is portable and packs just as much fun as the Nerf N-Strike Vulcan EBF-25 Dart Blaster (one of the larger Nerf guns), and now fits in your pocket. This sleek, small, yet powerful Nerf gun is perfect for those spontaneous Nerf wars, or when your co-worker or brother or dad is being a little too much for you to handle. It fits in your pocket or purse and is easy to reload and fire. The barrel of the Nerf gun is foldable, too, making it even more compact. The toy comes with two collectable darts and can hold up to one single dart.
The price is still up in the air, but it appears this mini blaster will go for around $13.00. This price fits right in with the prices of the other Nerf toys, so it isn’t too expensive but it isn’t a super great deal either.
This tiny blaster weighs less than a pound, so the extra weight would be negligible; it would feel as if you didn’t have anything extra in your pocket or purse, but you actually do.
Now just imagine: you’re sitting in your little cubicle at work, and you just need a break from all the paperwork. You remember you have your Nerf Rebelle Secrets and Spies Mini Mischief Blaster in your purse, just sitting to the left of you on your desk. So you reach into your purse, grab the blaster and extra dart, and seek out your target. You find your target (the guy in the cubicle across from yours), press that trigger with ease, and fire away. It nails him right in the arm, and you just can’t help but laugh as he gasps then looks around for the culprit. That laughter is exactly what you needed, and the Nerf Rebelle Secrets and Spies Mini Mischief Blaster provided just that.