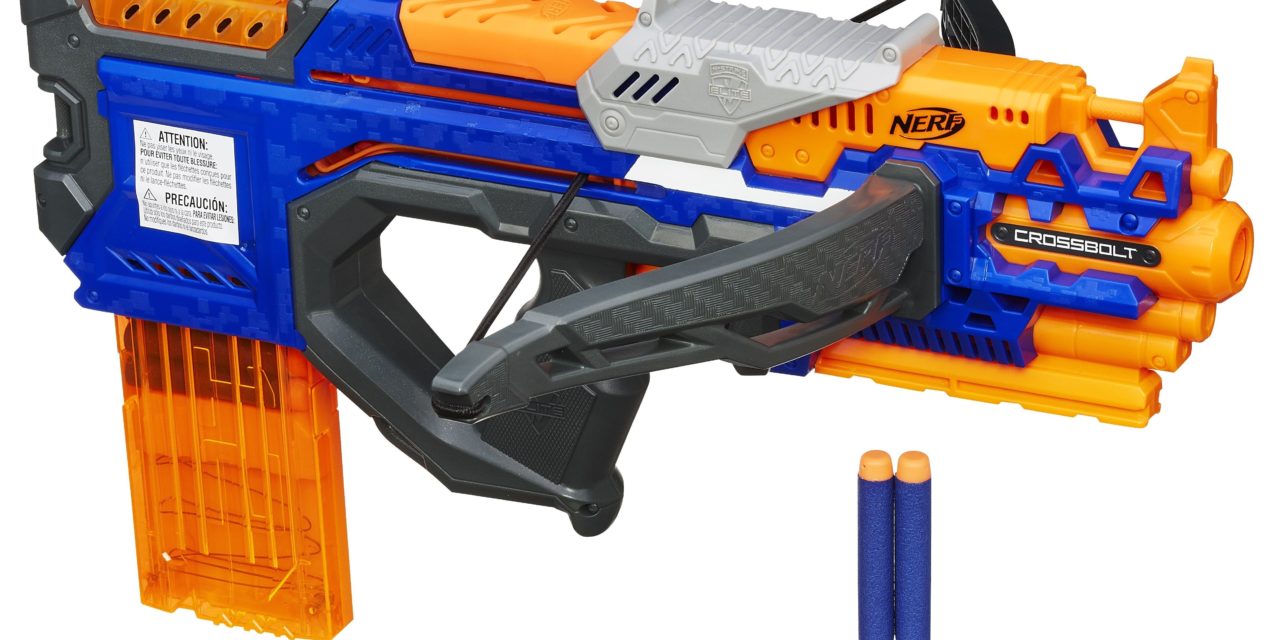 For those anticipating Nerf’s 2015 blasters, the Nerf N-strike Elite CrossBolt is sure to capture their attention. As an addition to Nerf’s popular blaster line, this one also features crossbow action, making it more of a hybrid. The Elite CrossBolt features a string that draws back and locks into place. When the trigger is pulled, the dart can reach an impressive range of up to 90 feet thanks to the string-powered release. The clip holds 12 darts, which allows for plenty of running, dodging, and hiding with friends without worrying about losing darts while in pursuit of your target. To get started, just load the clip with the included N-Strike Elite darts, attach the clip to the blaster behind the trigger, and pull the string back to lock it in place. Then it’s time to hunt down the enemy. When the clip is emptied, it’s easy to collect the darts, reload and continue the fun.

If the N-Strike Elite Nerf Cam Blaster and the Zombie Strike Crossfire Bow had a baby Nerf, it would be the N-Strike Elite CrossBolt. The clip style, though, is reminiscent of the Rayven CS-18. Retail price has not yet been revealed, but money may be no object when it comes to this blaster-crossbow combination. The tactical rail under the muzzle allows attachment of flip-up sights and light beam units. There are also two points for strap attachment for easy carrying. Barrel extensions aren’t compatible with the CrossBolt, but that hardly seems like an issue considering the firepower and range of this blaster. The Elite Darts shoot farther than the standard Nerf Streamline Darts, thanks to both being lighter and having a shorter plug tip. With the signature Nerf orange detailing, the iron-gray sight on top, and the smoky gray crossbow components, this blue blaster is a toy that means business.