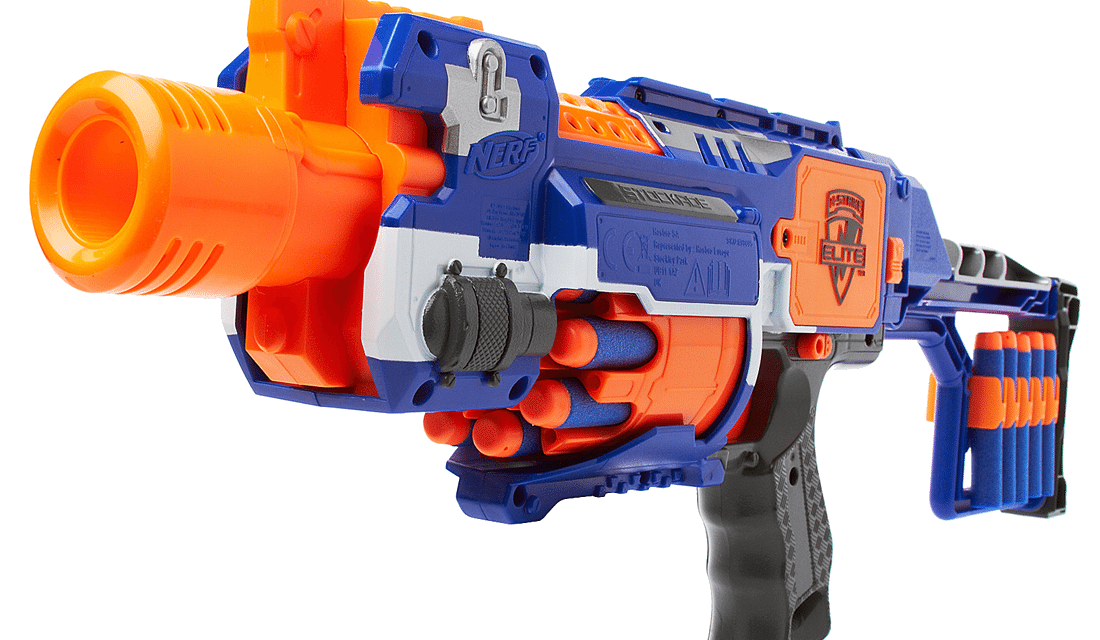 The Spectre at a New Level

The Nerf N-Strike Elite Spectre is a blasterful of fun! It is a customizable, five dart blaster that is perfect for smaller skirmishes.

The blaster is a revolver which can shoot darts in a steady stream or be set to shoot one dart at a time with more accurate results, perfect for bombarding opponents or engaging in precision shots. It also sports a tactical rail on top of the blaster and can use both shoulder stocks and barrel extensions. The barrel of the blaster will not rotate when the trigger is pulled. Cocking the blaster is what actually rotates the blaster for use. The blaster is also easy to reload. It only takes a press of the cylinder release button to open up the chamber and with a click it all goes back into place. All that is left then is to pull the slide back and let it snap back into place and pull the trigger.[easyazon_block add_to_cart=”default” align=”right” asin=”B00ELX8L8K” cloaking=”default” layout=”left” localization=”default” locale=”US” nofollow=”default” new_window=”default” tag=”126p86-20″]

Lefties of the world will be disappointed as it is not set up for left handed use due to the modeling of the grip. The large stock that comes with the blaster has a hinge on the right side, complicating matters for those left handed users. However, the stock may be removed and the issue remedied with little inconvenience. The revolving cylinder flips out on the left which can also cause awkwardness for right handed re-loaders.

The Nerf N-Strike Elite Spectre has an ammunition capacity of five darts, which is just right for a smaller game. They are easy to load and shoot at range of 30-35 feet, which is not bad.