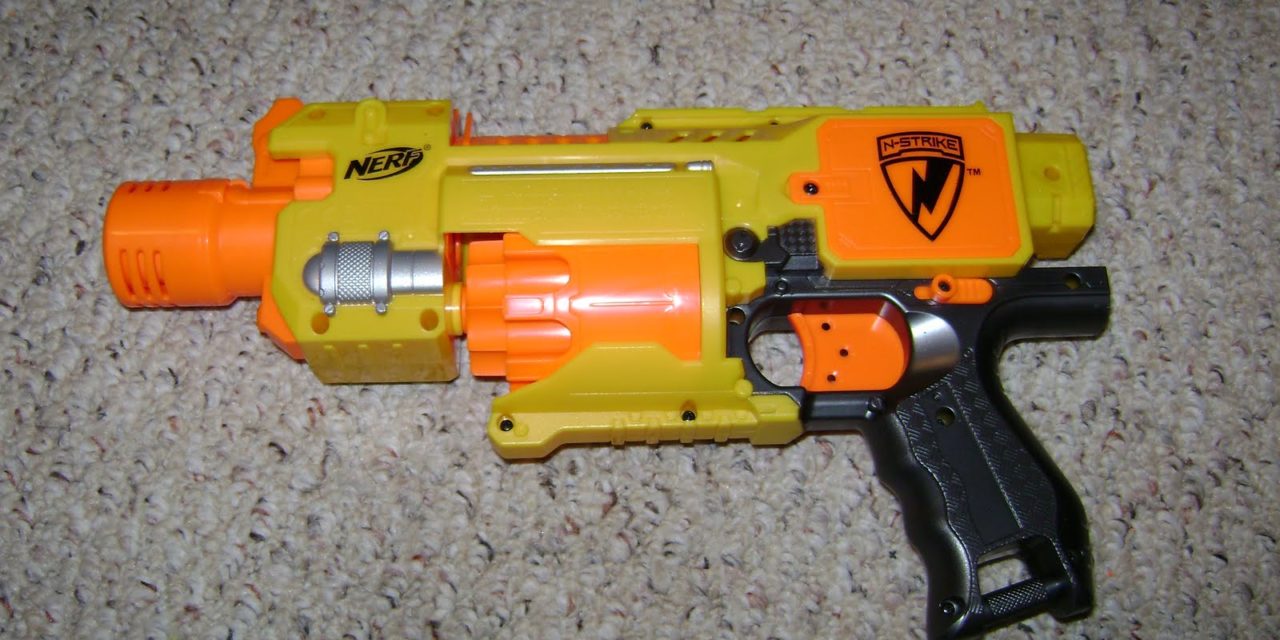 What Can You Expect From The Nerf Barricade?

The ten shot Nerf Barricade RV-10 is probably one of the coolest sidearms Nerf is producing right now. At first glance, it doesn’t look like much, just a Maverick with a few extra slots in the chamber. Once you realize that it’s a motorized, semi-automatic sidearm that fits in your pants pocket, well, that’s when it goes from “Meh” to “Must Have!”

Typically, we like to keep our sidearms simple because something with a lot of moving parts can jam and misalign and leave us scrambling for cover when we should’ve had the upper hand (the old Maverick used to have this problem before they gave it a few tweaks), so a ten-shot, semi-auto revolver might seem like a bad idea for an emergency sidearm, but, surprisingly, it can go a whole battle without any jamming or misalignment issues. Nerf really went all out to ensure that the design of the Barricade was streamlined, dependable and compact.[easyazon_block add_to_cart=”default” align=”right” asin=”B003YJER8U” cloaking=”default” layout=”left” localization=”default” locale=”US” nofollow=”default” new_window=”default” tag=”126p86-20″]

What is it Good For?

In fact, while it may be best served as a sidearm, for use when you’re outnumbered and need a quick escape, it can actually serve as a primary or secondary weapon with a few attachments. Add a scope and a longer barrel and you’ve got an automatic rifle kind of thing going on. While perhaps not as accurate as the Longshot, it still gets a pretty good range, with relative accuracy at up to thirty yards or so, depending on battle conditions.

If you like two-handed pistol action, a pair of Barricades can turn you into a serious threat in close-medium range combat, allowing you to pop off several shots in a row at a greater speed than you’re going to get with most Nerf sidearms. You can really take your opponents by surprise, as nobody really expects to be hit by three darts at once from an RV sidearm.

Is it Worth Buying?

Bottom line: the Barricade is perfect as a sidearm to rely on in an emergency situation, but it’s as versatile as it is convenient and quick, and can double as just about anything. If you don’t have time to reload your Longstrike (or if your off-brand automatic jams), the Barricade is the perfect substitute when you’re short on options.

With its speed and ease of use, it also opens up doors for strategic problem solving, allowing you to ambush opponents in situations where those with single-action sidearms are left hiding in the bushes.