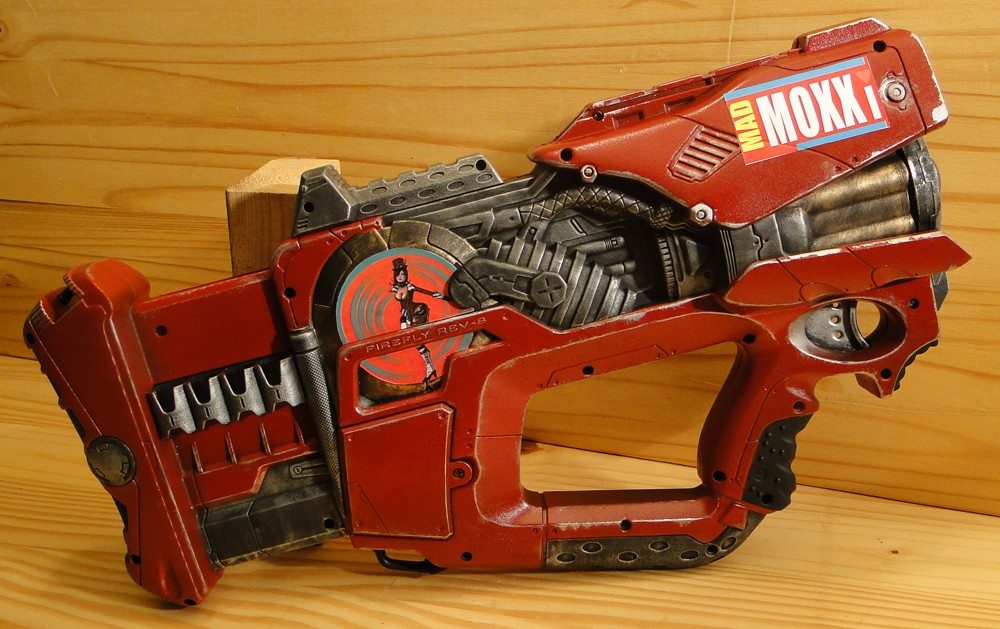 A first-person shooter video game series that is famous for its extensive campaigns and over-the-top kills, Borderlands and Borderlands 2, also have a ridiculous amount of guns available for players to choose from. This is entirely thanks to Borderland’s random gun generator system, which changes up literally everything about the weapon, from barrel length to building material to the type of rounds. Typically, games that pay real money are ones that tend to achieve so much popularity. But Borderlands seems to have achieved the same feat with its remarkable arsenal of weapons. In fact, the original Borderlands game was awarded the Guinness World Record for the most guns in a video game, a massive 17,750,000!

With that much firepower, both Borderland games have been well received by the gaming community. Borderlands won RPGLand’s Xbox 360 Game of the Year award and the title of best co-op game of 2009 from Game Informer, while Borderlands 2 won D.I.C.E. Awards “Action Game of the Year” in 2012, and has sold 8.5 million copies as of February of this year.

It’s not that much of a surprise then that Nerfers have also turned to the endless load out of the Borderlands series to get their creative juices flowing. Whether you’re a fan of the games or just want to see some well-done Nerf gun modification, check out some of these great Borderlands 2 inspired mods.

Part of a four gun set, this yellow SMG and Sniper Rifle pair by DrBeakerMD has a great Borderlands style to them. Originally a Nerf Maverick and Longstrike, we like the rugged and dirty detailing that DrBeakerMD achieved using careful coats of paint and a dry brush technique.

Using a classic Nerf Maverick, Hypercats recreated the iconic yet challenging Borderlands 2 Uncommon Rarity Torque pistol in a green color scheme. Rather than let his design get messy, his choice of colors and custom printed stripes, checkers, and Torque logo fit the gun well and look sharp. Combine that with the nice weathering on the barrel and some rust detailing and Hypercats really captured that Borderlands battle worn look.

Also by Hypercats, this Nerf Firefly turned Mad Moxxi SMG has a distinctive shape and flair well suited to the unique Borderlands character herself. The Mad Moxxi decal stickers could have been done a little better, but we really like the paint job on the inner middle portion of the blaster. The bronze and steel portions look really slick and compliment the red well.

A well accessorized Nerf Alpha Trooper, this Borderlands Bandit themed pistol is an impressive prop by the prolific and skilled Nerf modder known as Johnson Arms. Details that catch our eye in a good way are the Bandit shark mouth style barrel and the subtle battle scratches and wear and tear effect on the paint job above and on the magazine.

In striking yellow and black, this DAHL Attack Scorpio assault rifle mod looks incredibly like how the actual gun does in game. A carefully decked out Nerf Alpha Trooper by Johnson Arms, this stylish blaster has a really crisp and unique camo design that definitely took time and patience to create.

What’s your favorite Borderlands inspired Nerf mod? Share with us in the comments below!