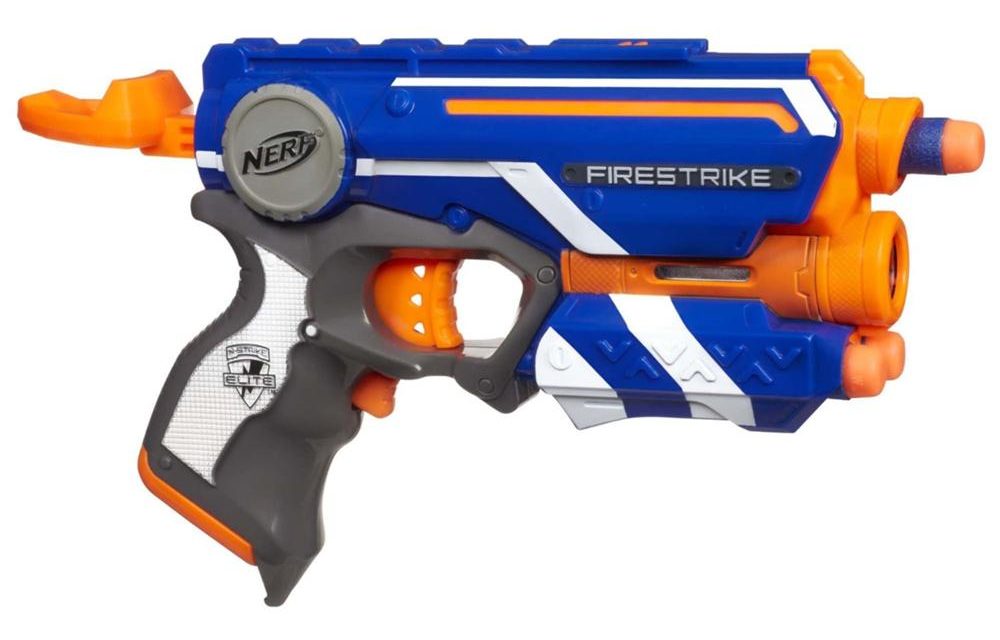 Nerf guns are fun to shoot and have Nerf wars with, but they are also loved by Nerfers for their ability to be modified. A cross between a functioning, plastic jigsaw puzzle and pure artistic vision, there is just something about the customizability of Nerf guns that modders love. In fact, when you type the phrase “Nerf gun” into an internet search, “Nerf gun mods” is one of the first queries to pop up.

For those new to the world of Nerf blasters and toy gun modification however, figuring out where to start the modding adventure can be daunting. The internet is one of the greatest resources you can turn to for guides and help; however, Nerf gun mod tutorials can vary greatly in clarity and accuracy. Adding to the new modder anxiety includes the fact that there are hundreds of Nerf blasters to choose from, most of them aren’t cheap, and usually you want the gun to still be operational after you mod it.

Whether this is your first time considering modding a Nerf gun or just want to try your hand at an easier to modify blaster, here are some of the most often suggested Nerf guns for beginning modders.

Easily the most popular and often recommended gun to mod for beginners, the Maverick REV-6 is a pretty safe best. It’s fairly simple in design, and is inexpensive (usually around 9 dollars). One easy mod to do on a Maverick is a “full barrel drop”.

A popular Steampunk style pistol, the Nite Finder EX-3 is considered to have pretty straightforward internals and be easy to mod for increased shot distance and power. If you’re interested, all it takes is following an air restrictor removal mod. Since the Nite Finder has a built in light and battery system, it is also great if you want to tinker with LEDs.

While the Nite Finder has been discontinued, you can still find them fairly inexpensively in some retail stores and online sites like eBay.

An N-Strike Elite blaster released in 2013, the Firestrike is a somewhat smaller successor to the Nite Finder. It is apparently one of the simpler Nerf guns to mod because its shell is easy to take off and put back on. There are many mods that can be done to a Firestrike, and it looks great with a sci-fi, steampunk, or modern/video game (like Mass Effect) based paint job.

Being a newer blaster, the Firestrike isn’t too expensive, and should be easily found both in stores and online.

Good luck! Remember to take pictures of how things are supposed to fit together, keep track all the screws and little pieces, and don’t be afraid to turn to online Nerf gun modding forums for help.

Do you agree with our beginning modder Nerf gun choices?
Let us know in the comments!