Community Comes together for Nerf Wars 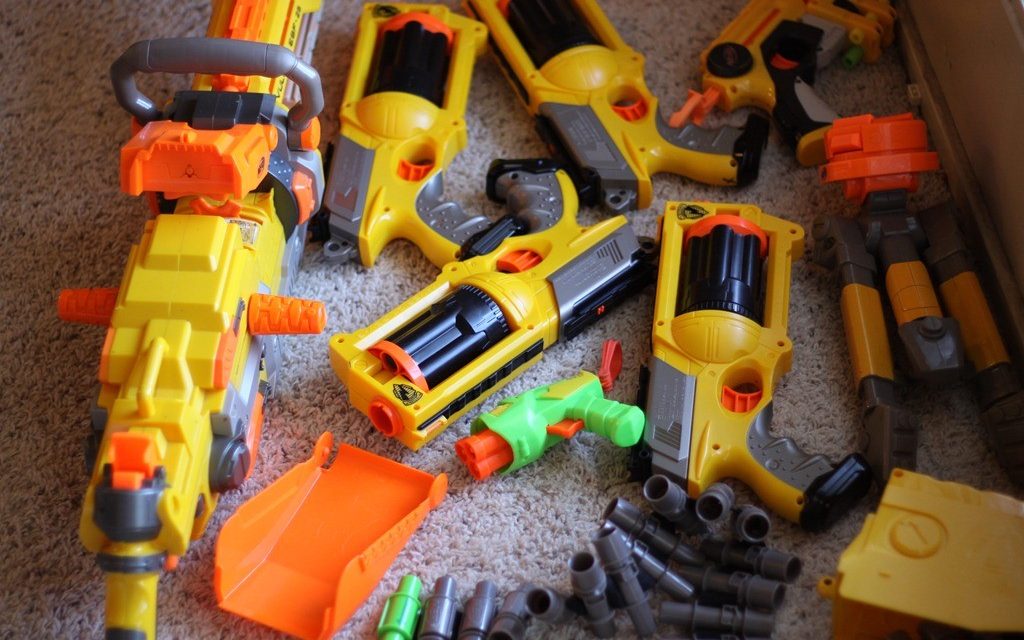 Anyone who has taken part in a Nerf war knows that it is a great way to make lifelong friends in addition to being just plain fun. Well, one church in Ohio is clued in to how beneficial foam to foam combat can be and is using Nerf battles to bridge the gap between church and the secular community, so both can understand each other better.

How Would Jesus Nerf?

As part of “Nerfing for Jesus,” around 30 people gather at a church to wage a battle each month. By melding his passions for Nerf guns and church, Salem, Ohio’s Curtis Schaffer of First Christ Church came up with the idea. His goal was to bring churches together and to help out the community. Schaffer’s home church hosted the first war in December, and since then, four other churches have hosted the event.

Schaffer owns almost 100 Nerf guns and lends them out to participants who do not own their own blasters. There are few people who have come out against the event because it is not so much about the competition or pitting people against each other as it is about having fun and fellowship. Victory Christian Center’s youth pastor Nate Ortiz is a fan of the event because it gets kids outside and moving.

The games bolster the connection among church member and welcomes people who are not typically comfortable around a church community. Both believers and nonbelievers have been attending the events. This has turned the event into a teaching moment where participants learn to respect other’s beliefs and property.

As if this event could not get any more win-win with its focus on tolerance and building community, there is also a payment required for the Nerfing events: two cans of food. The food is then donated to a local food bank.

As for the game play, there are a variety of different battle rules by which they play. There are both multi-hit and single hit games and changing objectives. Mods are allowed to the guns, but only if the person with the modded blaster is willing to take a shot from it. If it is too painful for them, then the modded blaster is not allowed.

One of the Nerf wars had 24 people and lasted from seven in the evening until four in the morning.

If you read my previous entry about how to organize your own Nerf war, your ears should be perking up while reading this article. You may want to check with a local church to see about using their grounds as the location for your battles. It can be a win-win situation for all involved.