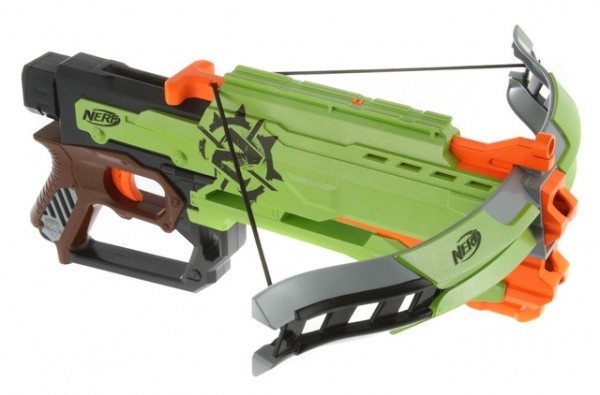 We’ve already seen two releases in the new Zombie Strike series – the Hammershot and the Sledgefire as of Aug 1st – but what’s next?  5 more will hit shelves, each with hugely different styling then the 1st two.

The exact release date has yet to be announced, but is tentatively scheduled for spring 2014. Whether they will also be Target exclusives is unknown.

What is known is this entire line exclusively uses Elite or Zombie Strike darts. Another worthy note is they have an expected range of 35-45 feet. This puts them below the range of blasters within the Elite Series.

The styling on the other hand is rugged, post-apocalyptic, and pretty sick all around. I kind of wish they carried that look over to the 2014 lineup…

Irregardless of the lack of ammo capacity the Zombie Strike blasters will have, they Crossbow and SledgeFire will be a lot of fun to shoot. We’ve seen crossbows and shotgun style blasters before, but like the Crossfire or 3-shot Sledgefire? Not exactly, and that’s what could make those two a worthy addition to your arsenal.

But that’s just what I think -what about you? Which ones do you have your eye on? Let me know in a comment below.